Devon School of Reiki is very proud to have been one of the first schools in the UK to offer Usui / Holy Fire Reiki. Principal Sam Goddard personally trained with William Lee Rand (International Center of Reiki Training) in May 2014 during the Holy Fire Reiki Master Class that was held in Glastonbury. The Holy Fire ignition was given to Sam in the centre circle of Stonehenge on May 21st with a group of 11 other students from around the world.

As a school, we continue to embrace the evolutions of the Holy Fire system as they present themselves, the most recent being Holy Fire III which incorporates further guidance on the authentic self and the opportunity to explore higher dimensions of healing and self discovery.

It is important to note that both our Usui / Holy Fire Reiki I & II remain inline with Traditional Usui Reiki teachings and that the majority of Holy Fire teachings are introduced at ART and Master Training.  We continue to honour our strong Usui Reiki lineage and the traditional teachings of Usui Sensei but also recognise that there are now over 100 systems of Reiki being taught throughout the World.   We trust that Students will be guided to the correct System, Master & School for their learning and respect all lineages and therefore promote the inclusive nature of Reiki. 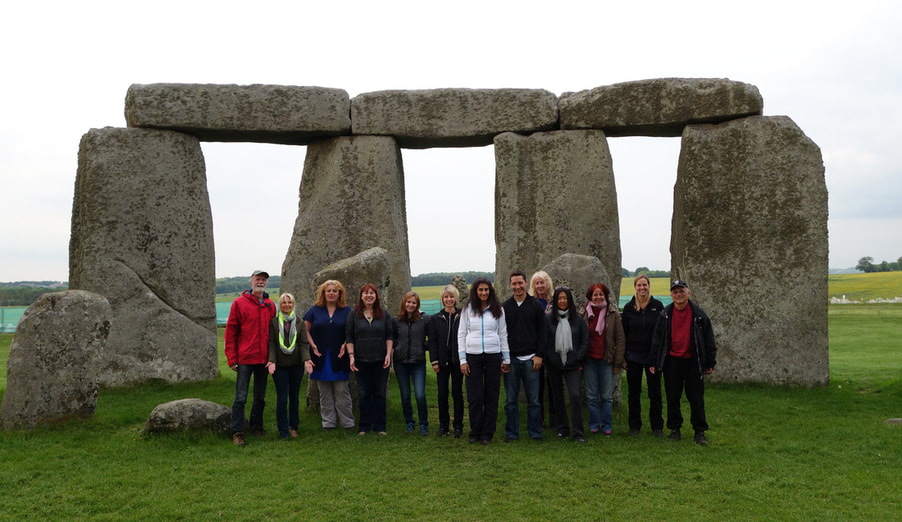 A note from William Lee Rand regarding the history of Reiki:

The following is important information about the origin and development of Usui Reiki Ryoho which has come mainly from Hiroshi Doi Sensei who is a member of the Usui Reiki Ryoho Gakkai. Because of this, he is not only able to discuss Reiki with the old-time members of the Gakkai but also has access to their archives which contain original documents written by Usui Sensei. The information about Takata Sensei comes from discussions with members of the Reiki Alliance.

Based on this information, it is important to note that Usui Sensei was not the original creator of  Reiki as there were already at least four styles of Reiki being practiced in Japan prior to Usui Sensei creating his style.  One of the previous styles was called Reiki Ryoho and was created by Mataji Kawakami in 1914.  This was eight years before Usui Sensei created his style of Reiki.  Usui called his style Usui Reiki Ryoho, indicating that rather than being something original, it was his style of Reiki Ryoho.  Therefore, in order for a healing practice to be called Reiki, it is not necessary for it to be part of the Usui lineage.  In addition, Usui changed his system throughout the time he was practicing.  As an example, when he first began giving attunements, he had no regular method but would simply touch the student, sometimes on the shoulders, at other times on the hips or the knees.  It was only after he began training other teachers that he created a regular style of attunement that everyone practiced.  When he asked Hayashi Sensei to take over Reiki when he passed, he asked Hayashi Sensei to develop Reiki further which he did.  Hayashi Sensei developed the attunement process and also began teaching Reiki I&II together when he traveled.  Then when Takata Sensei began teaching, she also developed Reiki and in fact, she is the one that added the Master symbol which she did in 1975 as prior to this, there were only three symbols in use in Usui Reiki Ryoho.

The Holy Fire® system of Reiki was developed out of the inspiration provided by Usui Sensei and his quest to allow the Reiki energy to guide him in developing Reiki further.  And in fact, when I first learned Reiki I from Bethel Phagh in 1981, the Reiki energy spoke to me and said that it could be developed further.  It is this inspiration that has guided me in the development of Karuna Reiki®  and also Holy Fire®  Reiki. As part of our code of ethics, we honor all Reiki Practitioners and Master regardless of lineage or organizational affiliation.
Our training